In 2011 the National Theatre asked Handspring UK to be involved in their contribution to HM the Queen’s Jubilee Pageant. We worked with a fantastic creative and technical team at the NT to create a large-scale spectacular on the outside of the National’s building, visible from the Queen’s boat as she passed by on the river.

The ‘Jubilee Salute’ was directed by Melly Still and Mervyn Millar with puppets designed by Yvonne Stone, and climaxing with an appearance by Joey, the horse from War Horse (designed of course by Handspring’s Adrian Kohler).

The salute took the form of a series of large-scale shapes appearing and moving across the surfaces and rooftops of the National – a lady rising from the water, splashes of colour exploding from nowhere, spirals of energy swarming up one flytower, and then a rough horse shape leaping through the air and transforming into a digital image before banners shot up the largest flytower to show Joey running and rearing in greeting. 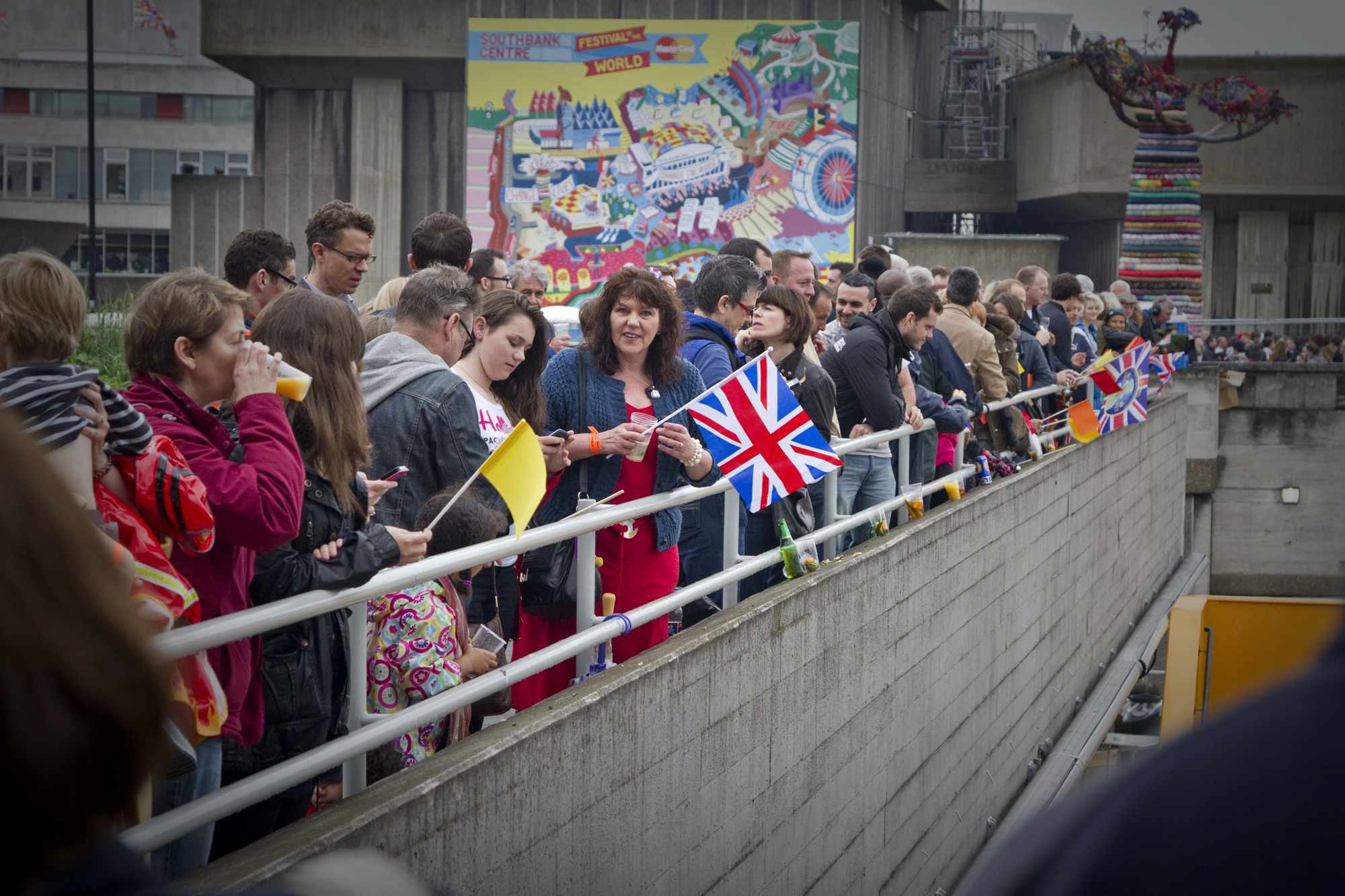