We were back at Schauspielhaus Zürich in 2017 to design and direct puppetry for a new production of Peter Pan.

We're delighted to have worked closely again with Christine Rippmann, the Schauspielhaus' Theaterplastikerin, who co-designs the puppets with Mervyn Millar (who also directs the puppetry).

Here are some splendid production photos by Raphael Hadad: 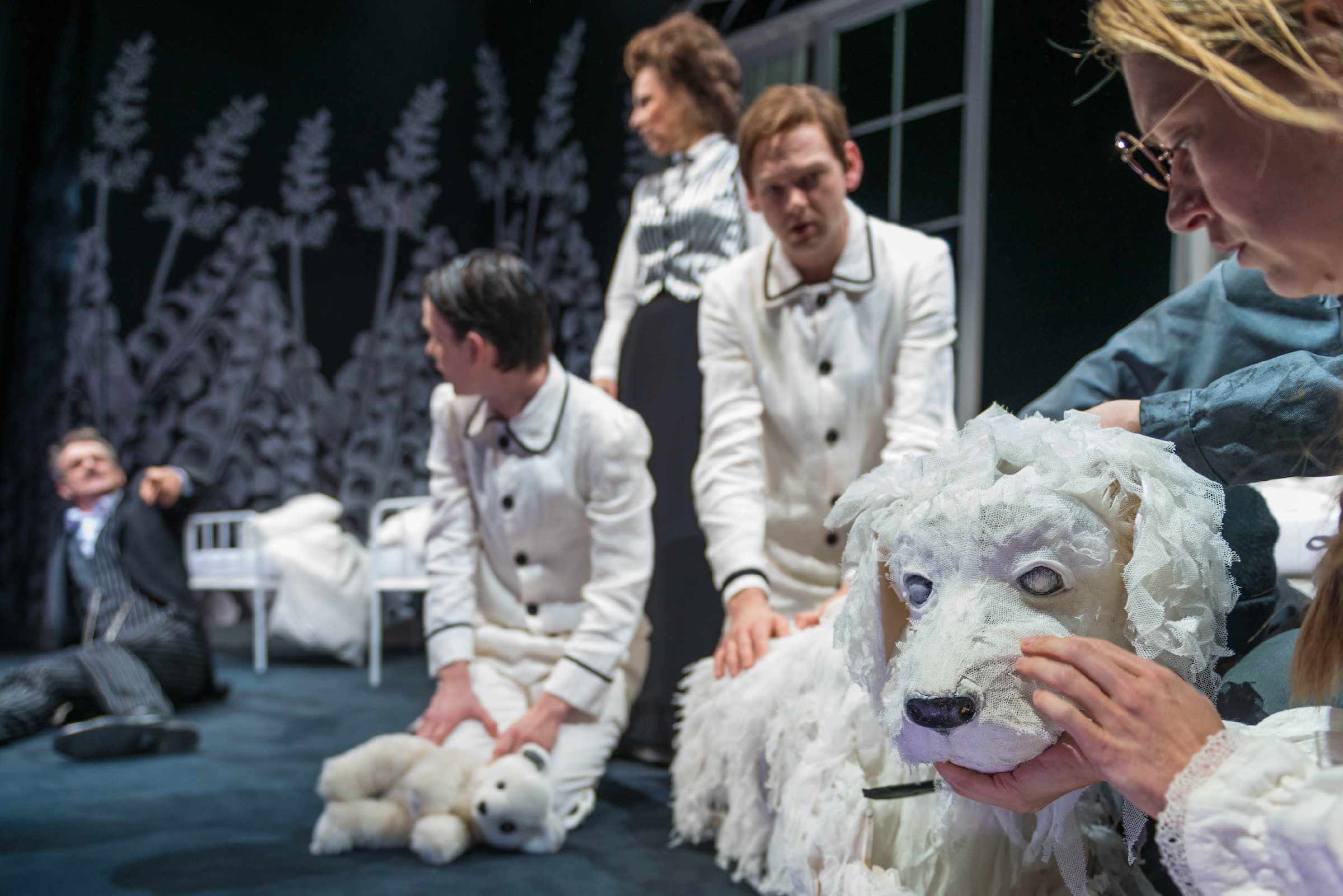 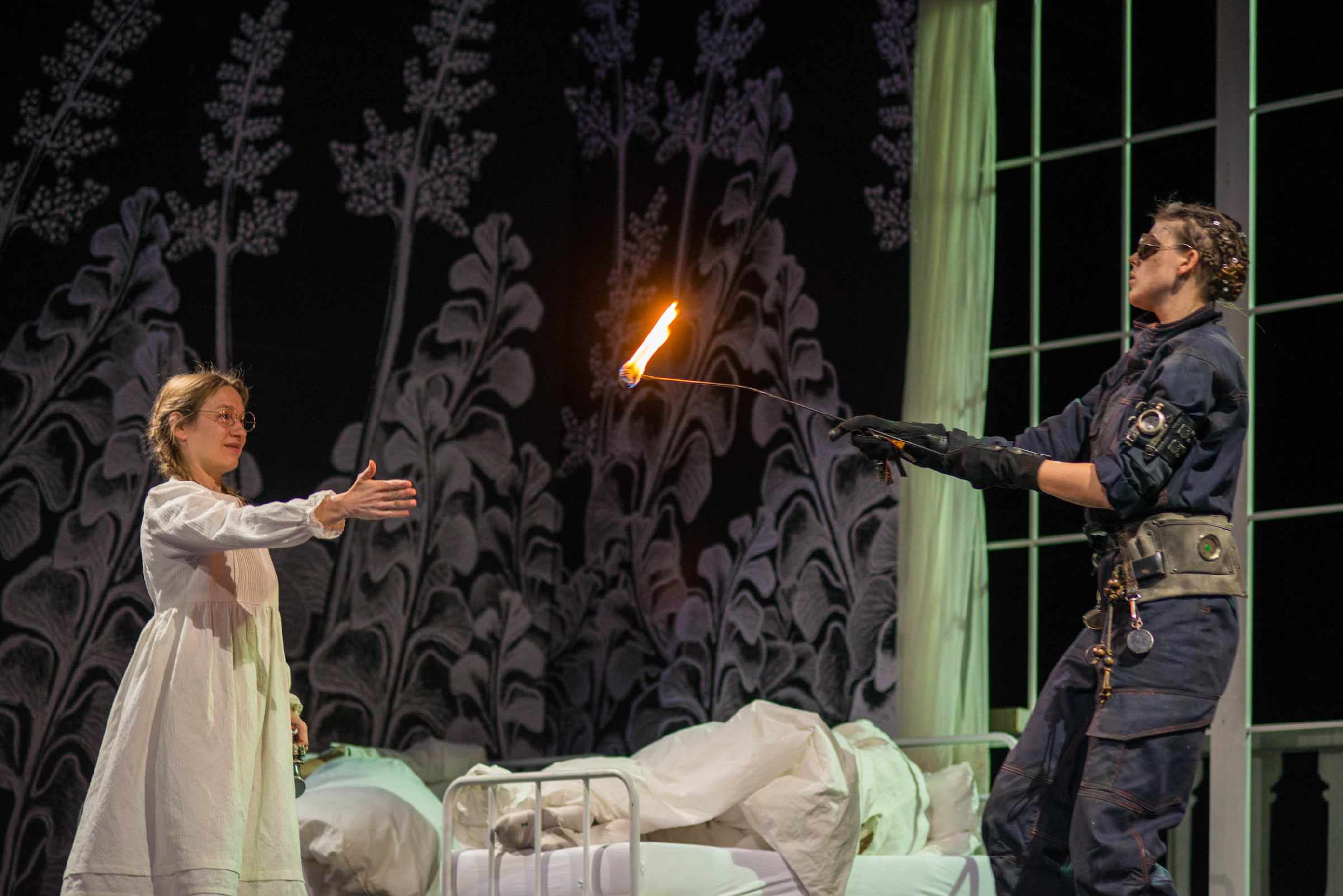 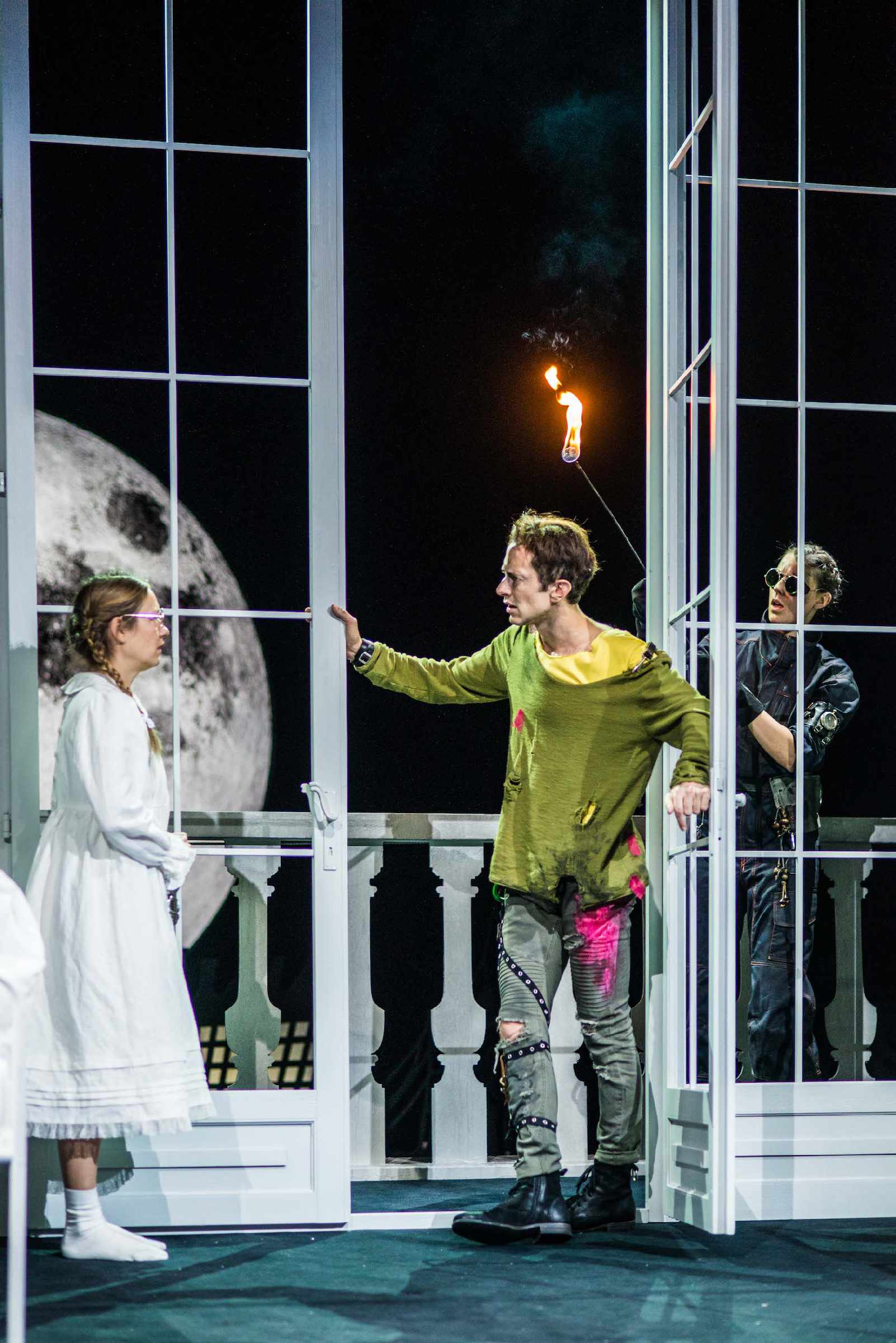 Peter Pan premiered on Nov 11th 2017. The theatre's page on the production, and booking links, can be found here. The crocodile crawls imposingly across the stage at the Pfauen every now and then, displaying its huge mouth with pointed teeth. To be specific, it is driven across the stage. At the heart of the reptile is an adult tricycle. The animal is just one of the magical creatures contributed by British puppet maker and director Mervyn Millar for Peter Pan, directed by Ingo Berk… Without Millar, many characters would have looked different. For example, Peter's stubborn fairy Tinkerbell is a small flaming torch that allows Johanna Köster to fly through the air. This leads to a touching scene: Tinkerbell's flame goes out when saving Peter's life. The fire can only be rekindled when the children in the audience clap to express their faith in fairies - and they do that from the bottom of their hearts. Also beautiful is the big white dog Nana, handled by two actors, who looks after the children of the Darling family, lovingly pushes them to brush their teeth, and sadly refuses to eat, when the three still have not returned from Neverland. Colours shine brightly in black light, colourful butterflies dance through the air and birds pass by a gnarled tree. Isabel Hemmel, Tages Anzeiger