A new musical at the Royal Shakespeare Company for 2021 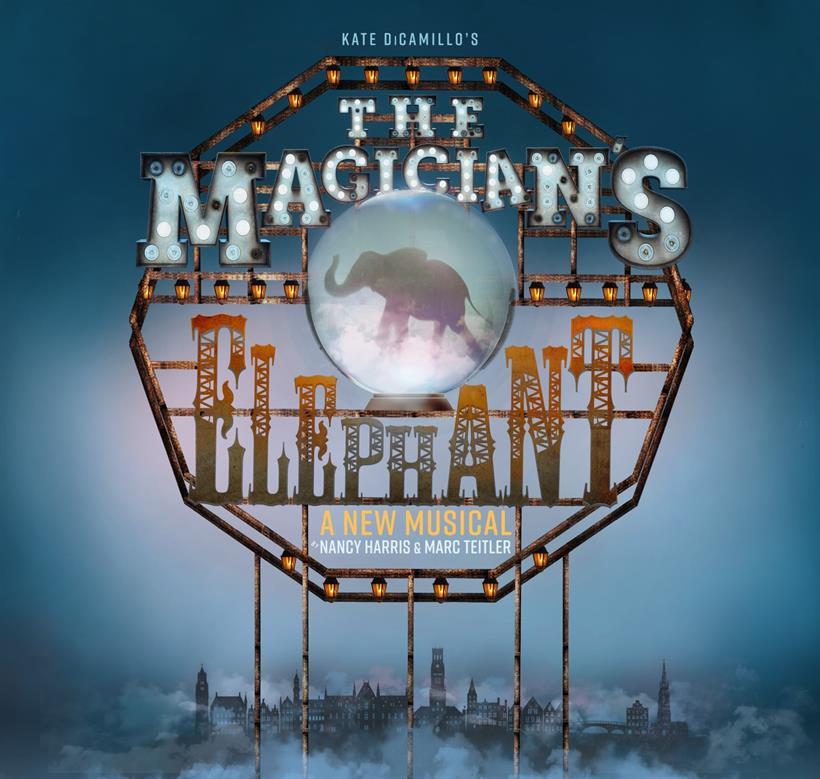 We are delighted to have designed and directed puppetry for this exciting new musical. Book and lyrics by Nancy Harris and music by Marc Teitler. The show is directed by Sarah Tipple and designed by Colin Richmond.

For more information on the show including how to book tickets for the run in Stratford-upon-Avon, and a nice video about the making of the elephant, click here 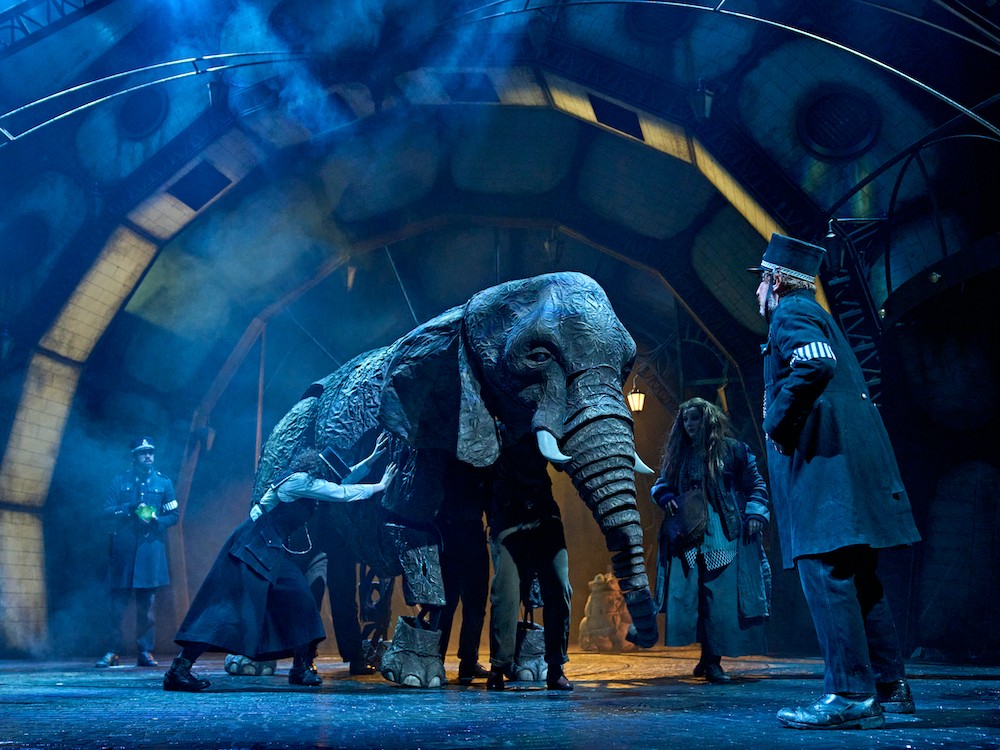 The puppet was made in Croydon in May and June 2021 by a brilliant team including Tracy Waller, Syeda Bukhari, Helen Foan, Maia Kirkman-Richards, Mervyn Millar, Bryony M Rumble, and Wiktoria Wiaczkowska.

Press for The Magician's Elephant:

“An elephant you’ll never forget”
The first thing to say about Sarah Tipple’s production is that the star attraction is a delight to behold. British theatre has a penchant for, and brings panache to, large-scale puppetry. War Horse was a triumph of equine evocation. Here, three operators bring to life a lumbering composite creature; you can see the operators but the head has a solidity and life of its own, with playful trunk, flappy ears and mournful eyes. It stands as a reproachful, timely message about the way we treat the animal world. And in its air of patience, mystery and loneliness, it has a kinship with Jack Wolfe’s Peter, who is a joy in his own right.
Dominic Cavendish, Daily Telegraph

“An extraordinary elephant puppet”
Children and adults alike will certainly admire the giant puppet elephant that strolls in and out of the action, propelled by three human operators… the moment the creature makes its entrance, sauntering towards the front of the stage, is breathtaking… the puppet (the creation of Mervyn Millar and Tracy Waller) is the star of the evening.
Clive Davis, The Times

You won’t forget the star of The Magician’s Elephant in a hurry. A life-sized puppet pachyderm with wise, melancholy eyes and ears that seem to ripple with a life of their own, she sways across the stage, bringing a sad, sweet centre of gravity to this new Royal Shakespeare Company family musical about a lonely boy who spies a kindred spirit in a lost African elephant. She’s a beauty, set surely to join the pantheon of stellar puppet animals along with Joey, the equine star of War Horse.Sarah Hemming, The Financial Times

“A puppet you’ll never forget”
… superb puppetry…. who doesn’t love an elephant? Puppetry director Mervyn Millar and fellow designer Tracy Waller have created a beauty who, controlled by three puppeteers inside, tickles bottoms with her trunk, flaps her ears and instantly delights the audience. the elephant, heroically powered by Zoe Halliday, Wela Mbusi and Suzanne Nixon, is one to remember.
Chris Wiegand, The Guardian

It is hard for a puppet pachyderm to measure up to the mighty Sultan’s Elephant made by Royal de Luxe that sashayed through London in 2006, but the creature (greeted as “Madame”) designed by Tracy Waller and Mervyn Millar – and manipulated by Zoe Halliday, Wela Mbusi and Suzanne Nixon – brings a thrill to the stage, with her ears wrinkled like old parchment and her heavy but graceful sway.Susannah Clapp, The Observer

Designed by puppetry director Mervyn Millar and co-designer Tracy Waller, it is as realistic a depiction as you could hope to see… This has everything you could hope for from an elephant puppet and it draws a gasp of appreciation when it appears. It’s operated by Zoe Halliday, Wela Mbusi and Suzanne Nixon, whose attention to detail and teamwork is a joy to behold.James Garrington, the ReviewsHub

The stops have been pulled out.. Tracy Waller and Mervyn Millar’s life-sized elephant puppet is a delightful, lumbering and melancholy presence… when the elephant looms into view you can hear sighs of awe from the children in the audience.Natasha Tripney, The Stage