The Hatchling is a ground-breaking outdoor theatrical performance that unfolded over a weekend of events and reached an extraordinary finale over the coast of Plymouth on the 28th and 29th August 2021. The idea was conceived by Angie Bual of Trigger and developed over six years with director and puppetry specialist Mervyn Millar of Significant Object, and designer Carl Robertshaw.

Our beautiful visitor hatched in the city and explored the streets, growing to the size of a double decker bus. As she roamed across the city, improvising detailed puppetry for over 15 hours, she encountered a series of events from community performers, prepared especially for her visit.

At the end of her journey, the Hatchling underwent a metamorphosis, unfurled 20 metres worth of wingspan, and took off over the sea at sunset! We believe she is the world’s largest non-mechanised puppet, a unique creation and the first to attempt flight.

The Hatchling was a spectacular adventure featuring a cast of 36 puppeteers and dozens of kiters.

The Hatchling is conceived and created by Angie Bual, Mervyn Millar, and Carl Robertshaw.

There is a terrific blog by Merle Patchett of the University of Bristol, who observed several stages in the development of the project across 5 years, which you can find here.

The Hatchling will be seen in 2022 as part of the Queen's Platinum Jubilee celebrations. https://www.platinumpageant.com/# 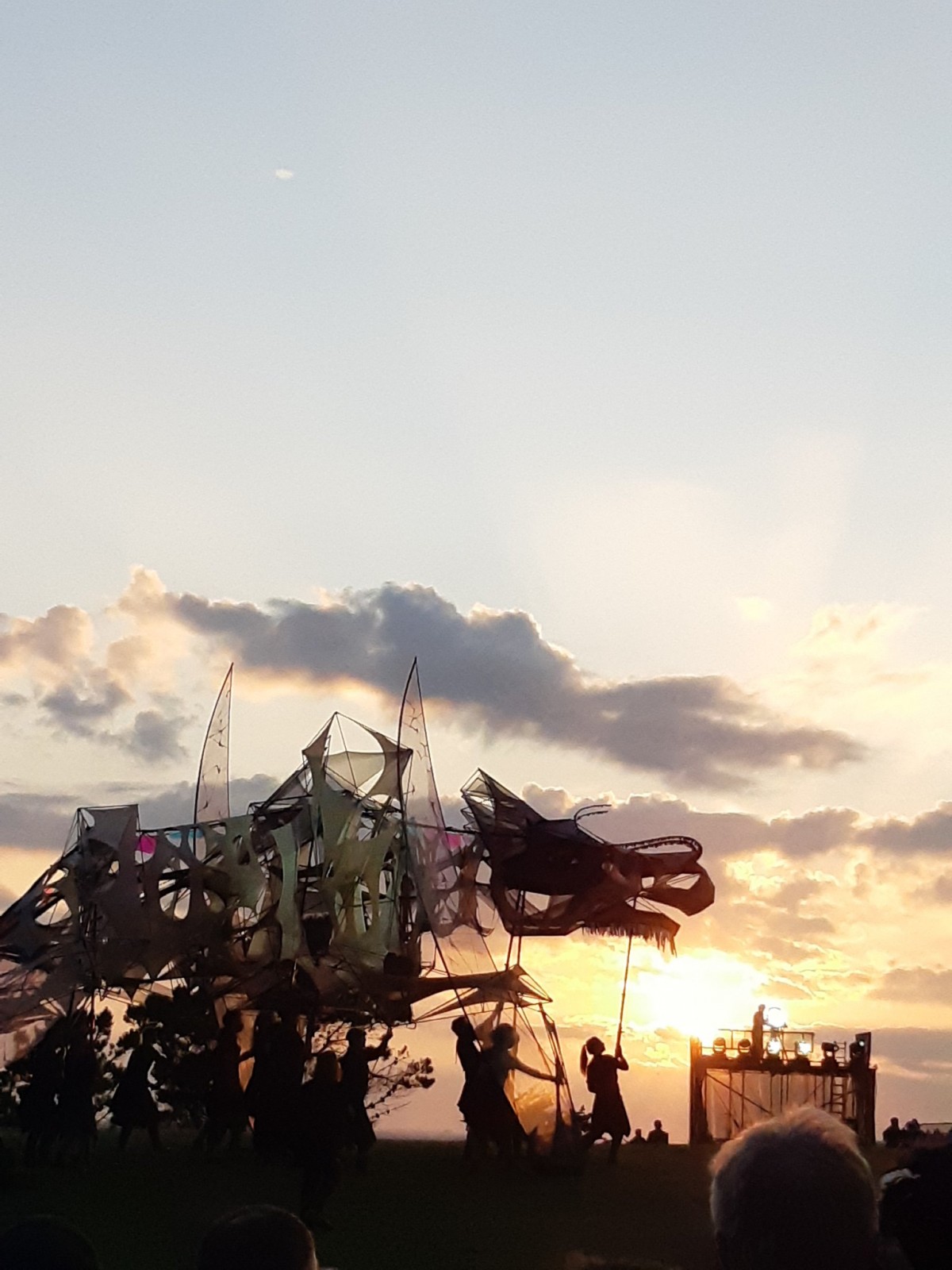 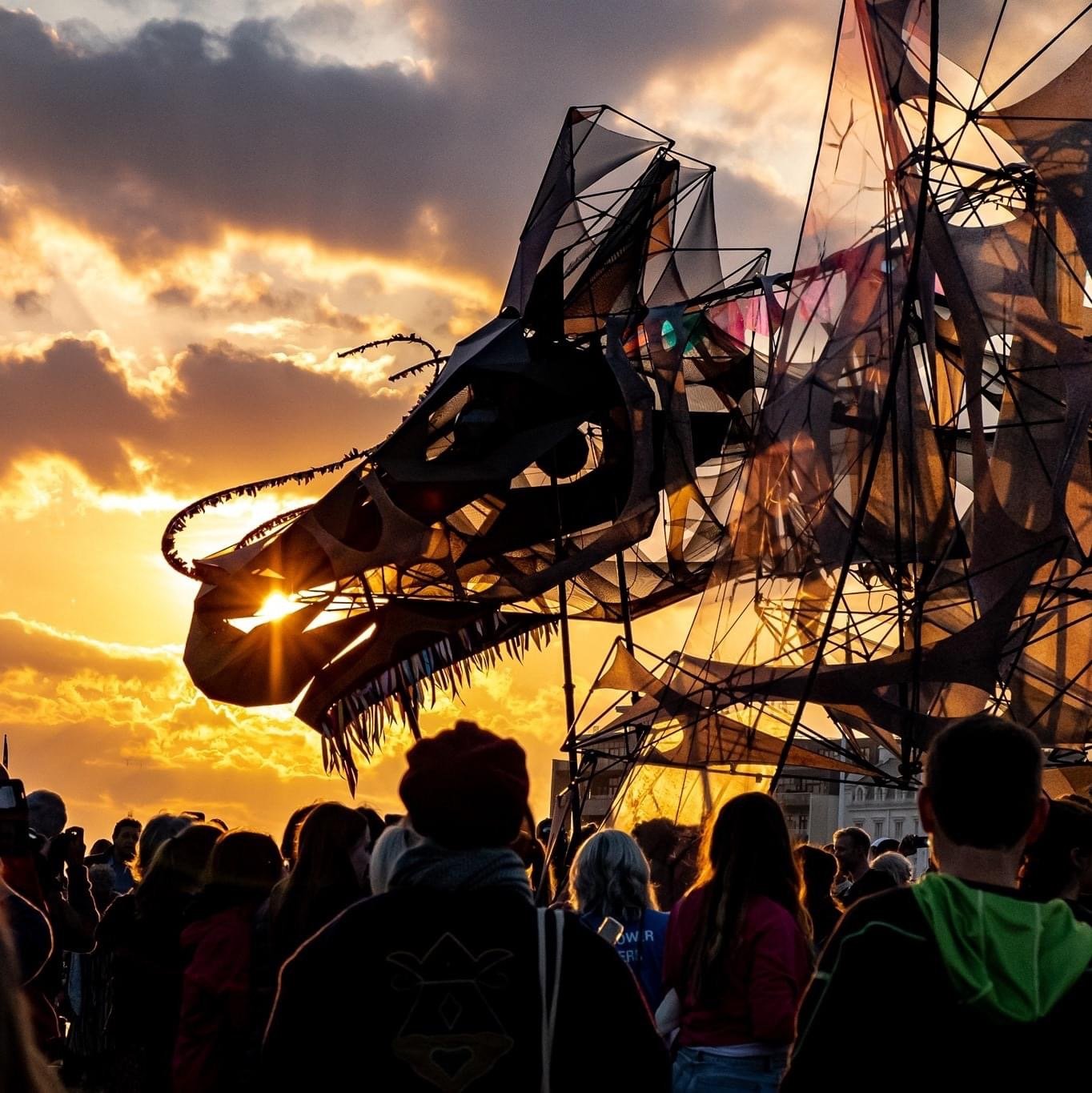