at the Opera de Paris 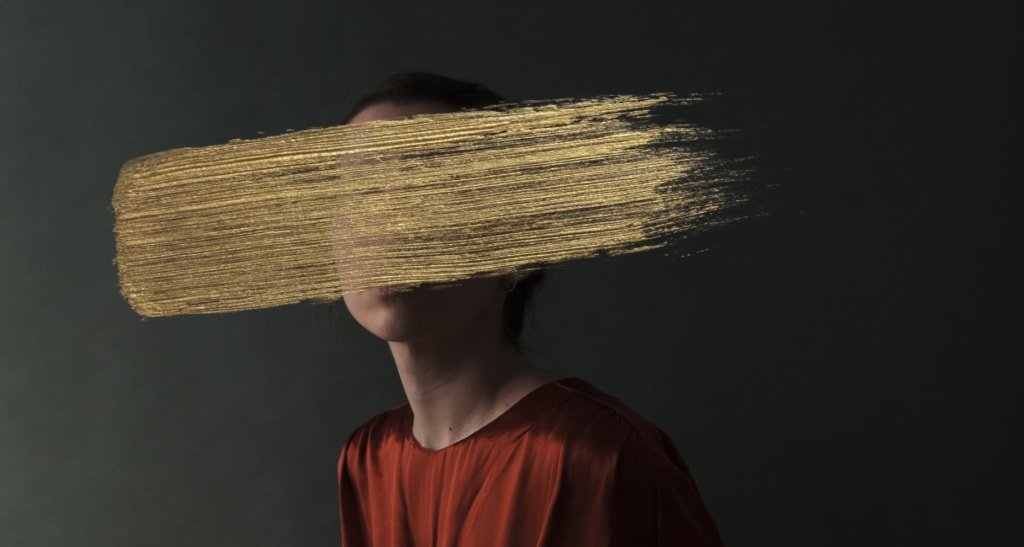 We are very proud to have designed and directed puppetry for the Opera de Paris this season. Working with renowned Dutch opera director Lotte de Beer, our puppets, working alongside world renowned opera singers, play the roles of Aida and Amonasro in her production of Verdi's Aïda, designed by Christoph Hetzer with costumes by Jorine van Beek and lighting by Alex Brok.

The puppets are designed by Mervyn Millar in collaboration with artist Virginia Chihota.

The conductor is Michele Mariotti. Aida will be sung at premiere by Sondra Radvanovsky, and Radames by Jonas Kaufmann, with Ludovic Tezier as Amonasro and Ksenia Dudnikova as Amneris.
The puppeteers, all based in Paris, are Alexandre Abbas, Lei-Lei Bavoil, Laurent Evuort-Orlandi, Derwinn Green, Rachella Kingswijk, and Pierrik Malebranche.

More information on the production, including links to bookings, can be found here.
Images from the making of the puppets can be found in a gallery on our Facebook page.

The production was live streamed on ARTE on 18th February 2021 and was available on their channel thereafter for six months.

At a workshop in July 2020, we developed material with the help of puppeteers Samantha Arends, Sam Clark, Laura Cubitt and David Emmings, and singers Elizabeth Llewellyn and Ben Elliot.

"..By giving the disembodied body of Aida, a black puppet stripped of its humanity by slavery, the lyrical soul of the blonde Sondra Radvanovsky, the director succeeds in creating a chemically pure being. Astonishing alchemy, an intriguing and fascinating otherness is created by linking the visual power of the artist Virginia Chihota, to the virtuoso know-how of Mervyn Millar, puppet designer and director of the Significant Object Company… It is in the arms of the puppet reduced to a pile of bones that Radames will die in his turn. Sondra Radvanovsky has lost nothing of her science of effects, and her high notes spun on the edge of silence give the shivers. Vociferous and fragile, passionate and tender, she embodies as a musician a heroine with ambivalent emotions, whom fate has placed at the crossroads of opposites. Jonas Kaufmann.. is more than ever the prince of half-tone, moving to tears in defeat and abandonment."Marie-Aude Roux, Le Monde

"(Lotte de Beer's) production will be remembered for two clever ideas. That of the triumph scene as a succession of tableaux vivants, ironically retracing a history of colonialism, with Napoleon as its climax. And above all, the representation of the slave Aida in the form of a black puppet designed by Mervyn Millar. This way of showing the main character as an outsider, not part of the world of the others, is made all the more eloquent as the puppet and its manipulators are formidably expressive. Soprano Sondra Radvanovsky can rest assured that not only is she no less moving (for singing alongside a puppet), but that she manages to overwhelm by the sheer force of her voice, the quintessence of lyrical singing. What's more, she brings a counterpoint to the puppet's performance, creating an additional layer of emotion with a Verdian voice that is breathtaking in length, width, breath control and nuance. An evening of high quality, and above all, at the level of the Paris Opera: it feels good."Christian Merlin, Le Figaro

"Aida.. has a rough, almost crater-like skin surface and turban-like pinned up arrangement of curls. It "turns out" to be an almost life-size articulated figure. Like Japanese bunraku puppets, she is moved by three manipulators. The great singer Sondra Radvanovsky accompanies her - dressed in black - like a shadow. The shadowy movements of the figure let you feel the emotional brokenness of the Ethiopian king's daughter Aida, who became a slave in Egyptian captivity. Only at the end of the love-death with Radamès is she lifted up like a sacrifice so that - perhaps freed from all suffering - she seems to float. Amonasro, Aida's father, and all the other Ethiopians are also jointed puppets, puppets of the Egyptians. They were made by the British puppet designer Mervyn Millar based on designs by the African artist Virginia Chihota, who also created some of the fresco-like wall decorations… Sondra Radvanovsky in the title role touched with intensity and a wonderful richness of colour… No stream can replace a live opera performance, but since this suspenseful and scenically clever “Aida” was filmed excellently, this Paris production is an 'event'."Elisabeth Richter, Deutschlandfunk

"Addressing his enamored song to the granite model representing Aïda, Jonas Kaufmann thus literally illustrates the expression "to move stones", as Sondra Radvanovsky and Ludovic Tézier illustrate that of bringing stones to life and vibrate. Aïda and her father Amonasro are represented by puppets and sung by the great voices of Sondra Radvanovsky and Ludovic Tézier. The figures (design and direction by Mervyn Millar), with the appearance of raw and torn black stones, are animated by their manipulators, translate the submissiveness of the characters and emphasising their status as slaves to the pont of the freedom of their movements. The two lyrical soloists become the shadow of the shadow of their puppet: all in black, behind the puppeteers all in black behind the all black puppets, deconstructed, that of the King of Ethiopia Amonasro even being deprived of his legs and his a hand (in illustration of the abuse inflicted on slaves and the vanquished).  When the singer and the puppet behave differently, the process is at its most eloquent: Aida thus being able to appear bruised as a mannequin while the singer shows her standing strength (and the puppet can float in the air when the singer dives towards the bass). The visual then adds to this simultaneous expressive possibility, musically sublime in opera, of a dialogue between song and orchestra. All the more so as the singer can thus make a new demonstration of her vocal expressiveness and of how much, in opera precisely, the voice sublimates all the bodily and physical constraints, genres, colors, ages and appearances… The intense and delicate voice, makes the stone iridescent. Her character is choked with pain, but her voice never."Olyrix.com

"The staging (transposes) the work to the time of its creation, in an ethnographic museum where the Egyptians, assimilated to the European colonisers, lock up and exhibit objects taken from the African peoples under their guardianship. Peoples themselves objectified, since, in this production, Aida and Amonasro are represented by human-sized grey puppets, designed by the Zimbabwean visual artist Virginia Chihota, made by Mervyn Millar, and visibly manipulated by two or three puppeteers dressed in black. Impressive and beautiful in their austere manner, these puppets serve not only to translate the forced subjection of Aida and Amonasro, but also to recall their African identity, whatever the skin colour of their performers. Dutch director Lotte de Beer offers a critical reading of the stereotypes associated with Aida (here Sondra Radvanovsky) and her father, Amonasro. These puppets in turn impose a triple constraint: firstly on the singers, who must lend them their voice and accept that they "play" in their place, secondly on the other singers, who are responsible for interacting with them, and finally on the spectators, who must get past the artificial nature of these interactions to experience the emotions carried by the text and the music. Having had the chance to discover the show in the theatre, from the first balcony (which is quite far from the stage), before watching it on a television screen, it was easier to forget the puppeteers in the first case and to admit that Jonas Kaufmann (Radamès) could devour an animated statue with his eyes while addressing his first aria, Celeste Aïda. On the other hand, the recording allowed us to better understand how Sondra Radvanovsky (Aïda) and Ludovic Tézier (Amonasro), far from adopting a stand-in posture, found a way to invent a fully-fledged relationship between themselves, their puppets and their partners, and to put their acting talents to use despite everything. After the intermission, the confrontation between Aïda and Amonasro, in other words the dialogue between the two puppets, works well, and the final scene, very successful, sees the lovers going to their deaths, like Romeo and Juliet, in a cave-tomb overrun with statues in pieces - the soul of Aïda escaping to the back of the stage, in the footsteps of Sondra Radvanovsky, while Jonas Kaufmann (Radames) hugs the now frozen statue of his beloved, and Ksenia Dudnikova (Amneris) who provoked Radames' death sentence and bitterly regrets it, laments."Sophie Bourdais, Telerama

"Lotte de Beer's politically-charged Aida was another hit… The black puppets for the Ethiopian Aida and her father grew into living creatures that moved and had a soul. The very blonde Radvanovsky gave her Aida puppet a beautiful voice and, after initial doubts about the concept, convincingly put her ego aside. Paradoxically, this made her even more of an Aida to remember. De Beer's approach to the infamous Triumphal March was dazzlingly virtuoso. The humorous contrariness splashed off. And the moving, thought-provoking final scene is one I will not easily forget." Peter van der Lint, Trouw

The puppets in question, earthy, are very beautiful, in the style of the sculptures of an Ousmane Sow, the characters of Royal de Luxe or - of course! - traditional African puppets such as those from Mozambique. Moreover (and bravo to the puppeteers, one of whom does her work while crawling!) what could hinder the staging turns out on the contrary to be a beautiful fluidity, giving the manipulated Aida a real existence - and the very elegant way in which Sondra Radvanovsky cohabits with her "double" contributes to this success. The final scene is magnificent. In this immense mausoleum where Radames is walled up alive and where Aida has joined him, Jonas Kaufmann lies down to die, clutching the puppet to him while Sondra Radvanovsky moves away towards the back of the stage, her black and blond silhouette caught in the darkness.Bertrand Renard, Franceinfo